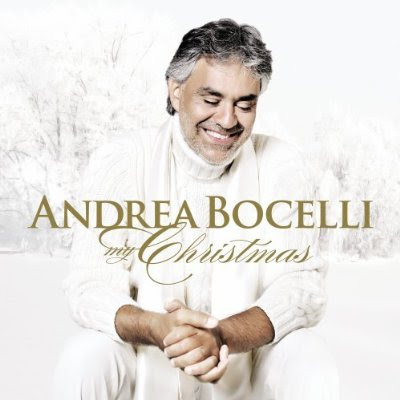 It's difficult to know which of Andrea Bocelli's duet partners on his first holiday album, "My Christmas," makes for the most unlikely match with the Italian pop-classical crooner. There's Mary J. Blige, who bends the melody of "What Child Is This" into new R&B shapes. There's also Reba McEntire, next to whom Bocelli couldn't sound less down-home, in a gently swinging version of "Blue Christmas." Of course, neither of those stars usually work in children's venues, nor are they made of felt-both of which are the case with the Muppets, who show up for "Jingle Bells." (More characteristic guests on the set include Natalie Cole, Katherine Jenkins and the Mormon Tabernacle Choir.) Though there's no shortage of starchy church-service fare ("Angels We Have Heard on High," "Adeste Fideles"), much of "My Christmas" seems intended to show off Bocelli's previously disguised playfulness. That doesn't mean it's terribly playful-his version of "Santa Claus Is Coming to Town" doesn't contain a drop of wit. But isn't it nice to hear the big guy try?-Mikael Wood 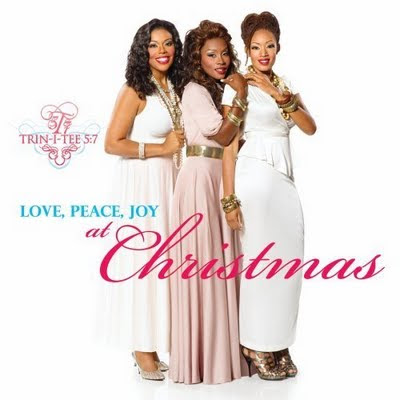 The girl group Trin-I-Tee 5:7 delivers its first holiday album with the combined CD/DVD package "Love, Peace, Joy at Christmas." Those expecting the award-winning act to stay within gospel's confines will be pleasantly surprised. In addition to inspirational standards and contemporary Christian offerings like "Joy to the World," "O Holy Night" and "Mary Did You Know," members Chanelle Hayes, Angel Taylor and Adrian Anderson stretch their wings on attention-grabbing, jazzed-up versions of "White Christmas" and "Winter Wonderland" as well as a poignant cover of the Jackson 5's "Give Love on Christmas Day." Rounding out the album is a bonus track by Trin-I-Tee 5:7 labelmate Brian Courtney Wilson, who renders a credible cover of the Donny Hathaway classic "This Christmas." The companion DVD comprises five live Trin-I-Tee 5:7 performances from the recent TV special "Gospel Music Channel Presents: Christmas at Union Station." Overall, the package shines a deserved light on Trin-I-Tee 5:7's vocal hallmark-smooth, effortless harmonies. -Gail Mitchell

David Archuleta, "Christmas From the Heart" 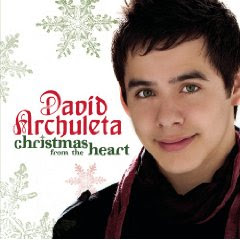 Former "American Idol" contestant David Archuleta's new holiday album, "Christmas From the Heart," puts the singer's mellifluous voice front and center and wins over the listener with his original renditions of classic holiday music. Archuleta's velvety delivery of "Silent Night" lulls the listener into a dream-like state, while the string arrangements on "Oh Holy Night" add to the intensity. And his Latin vocals combined with an urgent backbeat on "Pat-a-Pan" lend a more contemporary feeling to the set. Archuleta pays tribute to his Latin heritage by singing in Spanish on "Riu Riu Chiu"; elsewhere, the singer summons his usual pop style (while slipping in light sleigh bells) for "Melodies of Christmas," a song he co-wrote. Archuleta's vocal virtuosity gives "Christmas From the Heart" a timelessness that should appeal to his fans and lovers of the traditional.-Kelsey Paine 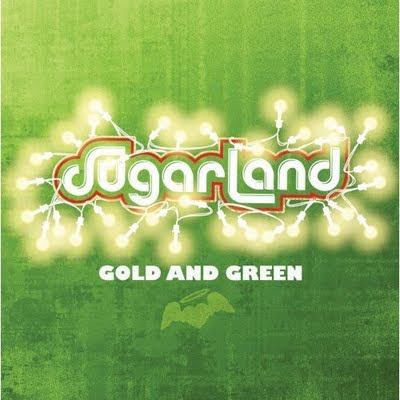 Christmas collections can present a slippery slope-albums of covers rarely stand up to the classics and sets of all new material struggle to capture the comfort and joy of the season. Thankfully, Sugarland delivers with its new holiday album, "Gold and Green," a smart and comfortable mix of standards and new songs penned by the duo's Jennifer Nettles and Kristian Bush and a few friends. Nettles' trademark growl and playfulness on "Winter Wonderland" and "Nuttin' for Christmas" are just what the December doctor ordered. Bush's lead vocal on the steel guitar-laden "Holly Jolly Christmas" beautifully blends with Nettles' intertwining reprise of "Winter Wonderland." But the proof in the pudding is the fresh yet familiar-feeling originals. The gorgeous opener, "City of Silver Dreams" (penned with Ellis Paul), tells the tale of a town transformed, while the soulful "Coming Home" borders on a full-on gospel number complete with B-3 organ. Bush's take on "Maybe Baby (New Year's Day)" shares the modern classicism of Dan Fogelberg's "Same Old Lang Syne."-Ken Tucker 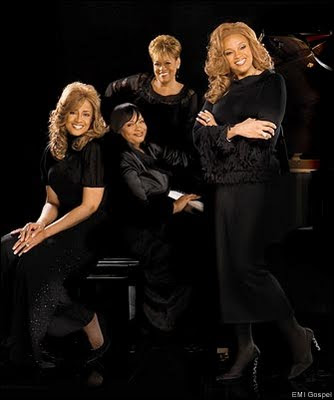 The Clark Sisters' new holiday album, "Family Christmas," is truly a family affair as sisters Twinkie, Karen, Jacky and Dorinda are joined by younger members of the Clark clan. Karen's son, J. Drew Sheard, penned the gorgeous track "Beautiful Christmas," which features sister and chart-topping gospel artist Kierra Sheard on lead vocals. J. Moss serves up a potent version of Donny Hathaway's "This Christmas," while his brother, Bill Moss Jr., contributes a warm take on "We Are the Reason." And the sisters deliver stellar new renditions of "Silver Bells," "Silent Night" and "Hark the Herald Angels Sing." It's been more than 30 years since the Clark Sisters issued "New Dimensions of Christmas Carols" -here's hoping they don't wait that long again to deliver another holiday gift like this glorious album.-Deborah Evans Price