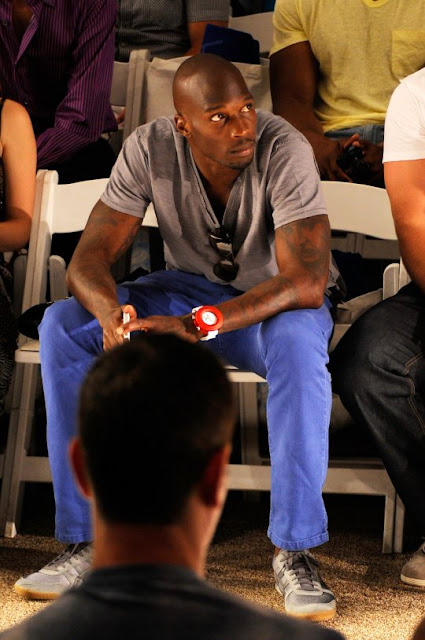 Chad (Ochocinco) Johnson has had the worst week of life, I'm sure! After a brawl on Saturday with his wife, reality TV star Evelyn Lozada, Chad's life went up in flames in preparation for his Phoenix experience! He was then arrested in Miami, booked and released, only to lose his job with the NFL Miami Dolphins on national TV as his wife filed for divorce. VH1 decided not to air they reality TV show ["Forever"] that was scheduled to air in September because he was alleged to have head-butted his wife and accused of domestic violence. Fame and wealth can indeed be a drug and cause some celebrities to feel invincible and quite delusional. Chad basically has a good record with one arrest in college for slapping a girlfriend during an argument that was revealed by the media. But, coach Joe Philbin cited other reasons (behavioral issues) for his dismissal besides the current arrest and court case. Chad has always been a character, cocky and delivered on the field most of his career until he sought fame over the game. It's been a downward spiral as it is for needy celebs, when enough is never enough! Sometimes it's a little too late to undo yesterday's errors. Chad has apologized to his wife, teammates and fans for his immature behavior. Wide Receiver Terrell Owens, another troubled professional NFL player recently signed a new one-year contract with the Seattle Seahawks, but is considered to be a much better player than Chad, also a wide receiver. It's time to make lemonade!

It's not over for Chad. I believe another team will pick him up and he'll find a way to earn a good living. People love a good comeback story!  He's not a Michael Vick, he's older and in his last playing years, but a lot of people are cheering for Chad. I believe in miracles and happy endings. I really hope Chad takes this opportunity to heal, sort out what went wrong and why and take the rest of life and live it as the champion he has been in the past and the one waiting to be revealed!
Posted by Alicia Sanders at 9:27 PM