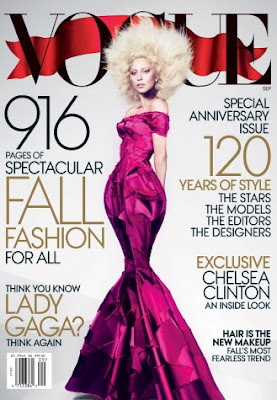 "Whether Lady Gaga, appearing on our cover for the second time, is touring the globe with a groundbreaking extravaganza world tour or launching the most innovative perfume in two decades, she does it entirely on her own terms. As in: She said yes to Coty’s request on the condition that the company not only conjure scent notes to her specification but figure out how to create a liquid that appears black in the bottle, but when sprayed, becomes clear. (After all, she points out, “The fragrance is called Fame. It must be black. It must be enticing. You must want to lick and touch and feel it, but the look of it must terrify you.”) Also on her own terms: the Born This Way Ball, her massive spectacle, which has just made its way through Asia and Australia and is destined next for Europe and the States. She banned video screens, instead dreaming up a “fortress” that lets her dance 50 feet above an audience of 30,000. "I really wanted to break the mold of what modern touring is now,” Gaga explains." Buy It! 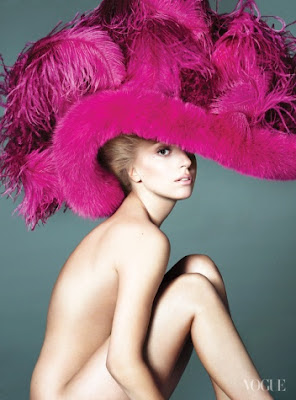