Alicia Keys is "Girl On Fire!" 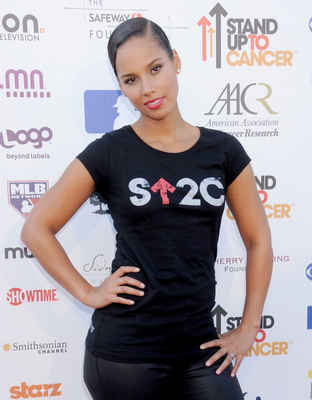 Alicia Keys has been quite busy promoting new music, a cool sneaker line with Reebok and being a mom and wife! She promises that her next album release will her most honest and compelling. Based on the singles released so far, I believe the music will live up to her words! Many watched her wonderful, eye-opening performance on the 2012 VMAs (MTV Video Music Awards) with cohorts Nicki Minaj and a very special appearance with Olympian Gold Gymnastic winner Gabrielle Douglas, needless to say they wowed with the Inferno version of new single "Girl On Fire." Keys has also been the object of internet gossip for dating and later marrying super music producer, artist and entrepreneur Swizz Beatz while he was still married. Many women felt she didn't live up to her "Super Woman" anthem songs and she would surely receive bad karma for her perceived indiscretion back in 2009. Well, fast forward and Alicia Keys is still adored and enjoyed by legions of fans. I believe celebrities are often the target of disgruntled "cyber haters" who live for any hint of scandal to release their venom. Alicia's work with her foundation "Keep A Child Alive" that provides AIDS medication and other assistance to individuals in poverty stricken African countries is what should generate headlines. Or a snapshot of all the little girls wanting to learn to play piano because of the images of Alicia Keys should dominate public opinion, aside from the quality music she has provided throughout her career! This fifth album release is being well received by both critics and fans alike! We sure need good music in this economic climate and as we battle depression of all sorts, we can realize just how many of us are "a girl on fire!" 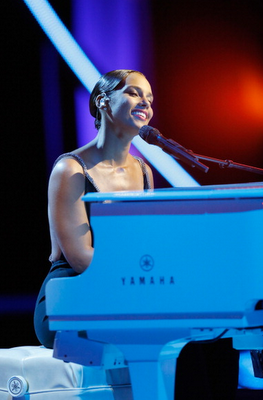 Alicia Keys is indeed a girl on fire! I love the theme and I feel this way about my own life for different reasons! Just to experience personal growth and development, self-acceptance, validated, comfortable with so many aspects of my being makes me a "Girl On Fire!" Alicia recently performed a song "Not Even An King" at the Stand Up To Cancer telethon fundraiser executive produced by Gwyneth Paltrow which raised over 81 million. This song deeply struck a chord and affirmed some thoughts that were roaming around in my mind! The song has so much meaning and depth. I believe at the crux of this lyrical truth is if you have love, you have it all and so many people don't regardless of having all the wealth in the world. I think this song is so befitting, given our pop culture fascination, idolatry or worship of celebrities. We are inundated with celebrity sightings, unrealistic images of beauty and Forbes wealthiest entertainers lists, this has helped to warp our value system! I had an "aha" moment in listening to "Not Even An King," I realize that I have learned to say "enough!" To know when I have "enough" while still working on goals and overcoming obstacles, but to realize I have a deep love (fulfillment) within that translates into a great measure of perpetual wholeness. With or without a partner, untold wealth or flawless beauty,  I have what "Not Even A King" can afford and that's real authentic love permeating throughout my life! Check out the performance below!